In recent years, there has been a lot of research into what makes athletes great. One of the biggest trends to emerge is what is being called “the big bang of body types.” In short, this is research into the changing physiological characteristics of elite athletes and how certain features (height, weight, the length of […]

The NCAA’s rules on outside competition are old enough that it is hard to go back and find their origin. The current version of Bylaw 14.7.1, which bans outside competition by student-athletes subject to the exceptions in the rest of the bylaw, was adopted in 1991, and revised three times since then. The last revision, […]

Back in April when Donte Hill’s eligibility issue first came up, I was not optimistic about his odds for success, and remain skeptical he will get to play. The fact that I am skeptical is why many have advocated that the NCAA stop with staff decisions, guidelines, and subcommittee appeals and instead just have one […]

Is Reclassification Unfair to Student-Athletes?

Generally when a program reclassifies to another division or joins the NCAA from another association, it is a happy day for the university. With rare exceptions, these are moves up. Even the last few years of realignment brought more schools up despite the threat of superconferences leaving everyone behind. Moves by the biggest conferences trickled […]

The Statistics of a One and Done Player

Throughout the NCAA men’s basketball tournament, many commentators will reference the “one and done” nature of some of the country’s top basketball programs.  Coaches, like Kentucky’s John Calipari will face the scrutiny of Americans for their players’ decisions to leave college after only one year to pursue a dream of playing in the NBA.  While […] 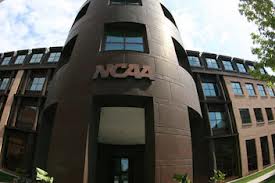 The NCAA’s plan to simplify its bylaws hit a snag last week when the NCAA Rules Working Group suggested that two proposals related to recruiting be modified.  In January, proposals were brought forward on a number of matters, some of which were aimed at deregulating recruiting.  The goals of these proposals were to eliminate clutter […]

At this point, it appears the NCAA’s first grand attempt at deregulation, which should have been primed for success, will be a mixed bag at best. Three of the centerpieces have received significant opposition, and less controversial proposals have also taken hits possibly just for being nearby. At this point, it looks all but certain […]

Dylan Moses has a profile page on both Scout.com and Rivals.com. He has already fielded football scholarship offers from both Alabama and LSU to play football. Between them the Crimson Tide and the Tigers have appeared in five of the past six national championship games. So, they’re not bad. To have the SEC institutions in […]

Two-Lane Road to the Final Four

The “Road to the Final Four” is actually a two-lane highway There is the Express Lane, also known as the Calipari Lane, in which schools drive high-performance freshmen to a berth in the national championship game. It is no coincidence that four of the past of the five No. 1 overall selections in the NBA […]