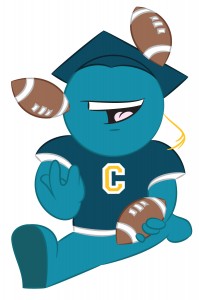 How Many Ways Can You Help Your Team Win?

Let’s talk versatility. It really doesn’t matter what sport you want to play in college–being willing and able to do more than one thing to help your team win can make you more recruitable.

Most football players are recruited to play a specific position. A few are recruited as athletes, with their position to be determined later, most likely at receiver, running back, defensive back or kick returner.
If you can convince a coach that you can play a variety of positions this will only help your cause. And other than offensive linemen–with rare exceptions–just about any player can switch positions. An athletic tight end, for instance, could also be an outstanding linebacker or defensive end. If he bulks up, he can even be an offensive lineman or defensive tackle.

Know When to Say No

Marshall Faulk is a Hall of Fame running back, but he had a difficult decision to make early on. Many high-profile programs recruited him to play defensive back. But the New Orleans native instead travelled across the country for the opportunity to play running back at San Diego State. And the rest is history.

So much of playing sports at a very high level is predicated on doing at least one thing really well. Anthony Davis, the consensus Player of the Year, stands out for his amazing shot blocking.
But did you know he was a guard for most of his life until a big growth spurt in high school? And in the NCAA Championship game against Kansas he had a huge impact with his defense, rebounding and passing even before he scored.
A lot of basketball players think they can play a variety of positions, but there are very few who can perform consistently at multiple positions at a very high level.
Much of this comes down to defense. Who can you guard? A lot of players can offensively play multiple positions. But there are very few like Marquette’s Jae Crowder who can actually potentially guard all five.

The best players in little league usually rotate between the most impactful positions like pitcher, catcher and shortstop. But can you do it at the high school and then the college level? If you can it’s a great way to sell yourself and maybe increase the amount of scholarship money you qualify for.

Put Yourself in the Best light

The same applies here. If you are a swimmer or track athlete, for example, you can help your team immensely by being able to place and earn points in more than one event. These are all things to consider to put yourself in the best light in recruiting.

If you have questions or comments about recruiting and playing multiple positions please use the comments section below or connect with us on Facebook or Twitter.