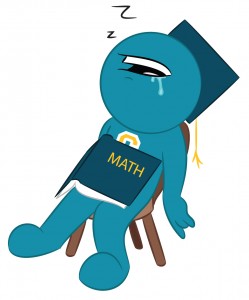 Are you Taking Your Academics Seriously?

High school student athletes get a taste of what it’s like to have to balance school, sports and a social life. High schools have academic requirements that student-athletes are expected to meet in order to compete.

Don’t Take Your Academics for Granted

High School athletes who use this “just passing through” logic are only hurting themselves in the long run. Due to stiffening initial eligibility regulations, the NCAA wants student-athletes to be accountable for their academics throughout high school.

Student-athletes who plan to play at the NCAA Division I level will need to realize early that grades, test scores, and athletics are all taken into account when it comes to meeting the NCAA eligibility rules.

The NCAA is moving forward with plans to make sure that student-athletes are MORE prepared for college than ever before. This is why updates to initial eligibility requirements are set to take effect for Division I students.

Changes in initial eligibility are set to begin in the summer of 2015 and will be mandated for all incoming college freshmen from that point on. Recently, the NCAA Committee on Academic Performance asked that the Division I Board of Directors consider delaying the new set of eligibility standards for an additional year. The NCAA Academic Performance committee says the delay would allow more adequate time for coaches, administrators, counselors and student-athletes to become aware of the new eligibility standards.

What This Means for Potential Recruits

The new initial eligibility requirements will create a higher academic standard for incoming freshmen. Recruits will need to begin preparing early for NCAA Division I eligibility if they want to participate during their college freshman year.

If You Want to Play as Soon as Possible