Trick or Treat? What Your Favorite Candy Can Teach You About Recruiting

Where Do Transfer Regulations Go From Here?

Is It Too Late to Be Recruited by a College Coach? 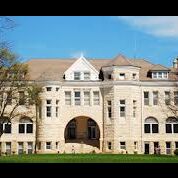 of their varsity teams by providing them with the best athletic training. In addition to this, they are also keen in making sure that their student-athletes are on track with their academic studies as this will always be the top priority. Throughout each school year, they campaign to recruit more talented athletes to join their team and take part in their endeavors.

The athletic programs of the Bethel College are: men’s track and field, men’s basketball, men’s tennis, men’s cross country, men’s soccer, football, men’s golf, women’s volleyball, women’s basketball, women’s softball, women’s cross country, women’s golf, women’s softball and Cheerleading. On top of this, the college also offers other activities like intramural sports to engage the other members of the student community to take part and occasionally move away from the traditional forms of education.

The official nickname of the sports team of the Bethel College is the Threshers. The team has been considered as one of the most successful group in intercollegiate sports as they have taken home more than 50 conference titles and has displayed their ability to reach the highest level of competition. The Threshers are noted for their strengths and talents not only in sports but also in academics. The majority of them have been named as American Scholar Athletes.

Student-athletes who have shown strengths in the field of sports they are a part of can receive an athletic scholarship. The recommendation is given by their coaches. This can be combined with the other awards that is being given by the school to reward the efforts of their students in academics and with their other areas of interest. It is recommended that an incoming varsity team member reaches out to the trainer of the sports they will be joining to determine if they are eligible to get the assistance. The grant may cover a part of up to the whole cost of their school expenses.