Hazing is a ritual in sports that has been going on for many years. It’s considered 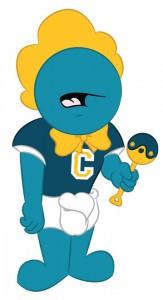 “tradition” for the senior athletes of a team to haze the rookies and novices as part of an “initiation” theme. Unfortunately, what started as harmless pranks and jokes has escalated in the last 10-15 years, and become more hurtful and dangerous.

According to a study, the NCAA reported that about 80 percent of college athletes are subjected to some form of hazing when they join a college team. It is also a common problem with high school athletes. High school students and athletes want a place to belong, and many are convinced that the hazing initiation will get them where they want to be. The problem is that the hazing incidents can cause a lot of problems, hurting kids emotionally and physically, and jeopardizing futures with a college teams.

For those of you who aren’t familiar with the term, hazing is any act against someone who is joining or obtaining a membership to a group that is demeaning or demoralizing in any way. You can have an either active or passive role in the act and still get in trouble for it. Hazing can cause problems for you, your teammates, and your coach. Recently, a high school coach in Washington State got fired after a hazing incident occurred with the boys on his team; and he is the one who reported it! If you get into trouble with hazing while you are in high school, it could affect your ability to get recruited to a college team.

Here are some examples of possible outcomes if hazing is discovered on your team:

Remember: hazing will not create the team bonds, positivity, or unity that you think it will. It is more trouble than it’s worth.