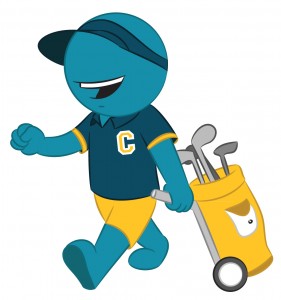 Have You thought About Walking on?

Click here to learn how to become a walk-on.

Did you know that it’s more likely you won’t play in college than you will? If you do, did you know that colleges have far more positions available on a squad than they have scholarships for each year?

Did you know that after you graduate high school, if you aren’t playing for a junior college, your dreams of being “recruited” have long past? If these questions hit home then you should be looking into walking-on.

What is a Preferred Walk-On?

Walking-on can be thought of in two ways: you are recruited to the team but the coach doesn’t have a scholarship for you–referred to as a preferred walk-on–or you’re trying out for the team after you’re enrolled at the university or college. Both are great opportunities to have a chance at playing sports in college and both should be seriously considered.

See it as an Opportunity

The negative stigma that surrounds walking-on because you’re not a “scholarship athlete” is ridiculous. I know of a parent, one of thousands every year, who turned their nose up at her son getting a walk-on opportunity to play Division 1 baseball. This was an opportunity most student-athletes and parents dream of but she felt it was an insult because her son “deserved” more.

Be Gracious and Consider Your Options

Unfortunately what this parent failed to realize along with all the others is the athlete only “deserves” what the coach deems to be “fair value” or what the coach has available to give. Personally I would have been gracious about the offer, even if it was below my initial expectations. Gracious doesn’t mean I would have accepted it right away but it does mean the offer would have been seriously considered.

A Chance to Shine

What this parent and most others in similar situations fail to realize is that college sports are built from the blood, sweat, and tears of walk-on athletes. Why is this you ask? We can look at rising education costs, budget issues, scholarship restraints put in place by governing bodies such as the NCAA and NAIA, and Title IX. No matter the specific reasons why walk-ons exist, focus on the fact that walking-on gives undiscovered athletes a chance to shine, sometimes on a national stage.

Are you a Diamond in the Rough?

My advice is simple: be open to walking-on if you’re given the opportunity. If you’re not, then inquire about the possibility of trying out and then walking-on to the team. There is no stigma, you’re no different or less talented, maybe you’re the coach’s diamond in the rough, possibly the next Clay Matthews or Elena Delle Donne. All this is possible with consideration–without it you might end up just being a fan.

If you have questions or comments about walking-on to a college sports team please use the comments section below or connect with us on Facebook or Twitter.