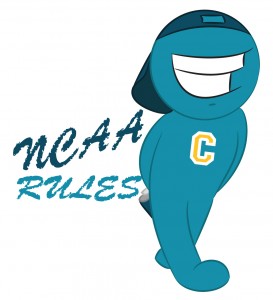 Exactly how big a factor does March Madness play in recruiting? It’s that time of year again and, at least for the mid-major schools who live outside the tentacles of the BCS, a deep run in March Madness can have a major impact on what type of player is recruited.

Just ask Gonzaga. A relatively small sports school in Washington State, Gonzaga doesn’t even have a football program. But for over a decade, Gonzaga has regularly knocked off the big boys of college basketball and reaped the benefits in recruiting.

How so? Over the past few years Gonzaga has been able to recruit six top-100 recruits to its Spokane, Washington campus. Winning leads to a higher profile, more national television games and, ultimately, a broader geographic reach.

Another feather in the cap in the continued recruiting success of Gonzaga is the fact that they’ve kept the same coach for an extended period of time. Often when a smaller program that isn’t a traditional power does well on the court they lose their coach to a bigger name school that can pay more money and, perhaps, offer more prestige. To Gonzaga and coach Mark Few’s credit, they’ve been able to make the relationship work.

Virginia Commonwealth raised its profile with a deep NCAA tournament run last season. What sort of practical difference can this really make? Maybe before VCU would only recruit that 500-mile radius around its school, the standard self-imposed boundaries for most programs with limited resources. But now they may be able to inject themselves into the recruiting conversation with high profile recruits.

Blowing up the Paradigm

Butler is another mid-major program who’s played in the deep end of the pool with the big boys, thanks to two Final Four runs. They were among the final three schools int he running for 5-star recruit Cody Zeller, who eventually signed with Indiana and was this season’s co-Big Ten Freshman of the Year.

From a recruiting point of view, mid-major prospects should know that these rising yet smaller programs do their due diligence, especially when they can be increasingly selective. They will research your character, attitude, and leadership,among other intangibles.
The bottom line is that in our new global world the 500-radius recruiting rule is more relevant than ever. But a few programs can break through and stretch that radius enough to consistently recruit against bigger programs. Let the madness begin!

If you have questions or comments about recruiting and college basketball please use the comments section below or connect with us on Facebook or Twitter.