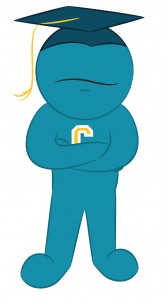 As young women compete in sports in ever increasing numbers it is vitally important that they educate themselves about eating disorders. It is estimated that up to 30% of female college athletes have symptoms.

And if you look at this issue through a recruiting lens, three major issues emerge: an eating disorder can lead to serious health issues or even death, it may cost you a scholarship opportunity or–if you don’t ask the tough questions–you may sign with a coach who is more concerned about winning than the health of his athletes.

Sarah Sumpter of Healdsburg, CA provides an excellent example of just what can go wrong when an athlete becomes so competitive her health takes a back seat. Sumpter is now a cross country runner at UC Davis.

But how do these eating disorders develop so often in women who seemingly have the confidence and self-discipline to compete at such a high level? For Sumpter, who was a state champion runner in high school, her performances took off as she lost weight. Logically, she figured that if losing a little weight made her performance a little better, losing a lot of weight would make her performance a lot better. But it didn’t work out that way and she went from 112 pounds on a 5’1 frame to 92 pounds. She saw her times start to suffer and, where she used to feel exhilarated after a run, she now felt drained and had trouble pushing herself to the finish line.

An eating disorder is not always an easy thing to notice and that’s why parents, coaches, teammates and friends need to stay ever vigilant in looking for the signs.

What should you look for? Some of the first things one might notice are increased isolation, a preoccupation with food, decreased concentration and increased fatigue. Other telltale signs are more frequent muscle strains, complaints of dizziness or lightheadedness, and an excessive concern with body aesthetic.

It Even Happens in the Pros

Zina Garrison, a former tennis champion and Wimbledon finalist in 1990, suffered from bulimia between the ages of 19-27. It was a combination of pressures and stresses that put her over the top: her mother’s death, not being comfortable with the way she looked, and the pressure of carrying the mantel for African-American tennis players 25 years before the Williams sisters.

Garrison would eat as much junk food as she could and then make herself throw up.  She also went through an anorexia phase, living exclusively on a diet of broccoli and lettuce.
How did she get help? As her appearance and training suffered, she got lucky–she happened to catch a television program about bulimia and it inspired her to get help.

We encourage you to educate yourself about eating disorders so you understand how you can avoid them in the first place. From a recruiting standpoint you need to ask coaches tough questions about what they expect of you. There are coaches who will encourage you to lose weight even when it becomes unhealthy. You don’t want to accept a scholarship from a coach like this.

And It Is Not Just Women

And what about men? Studies show that men are having trouble with eating disorders now too. Or what if you played offensive tackle in high school at a healthy 6’0, 205 pounds and a college coach wants you to play at 285? If you don’t think that is right for your body type then speak up before it’s too late or find another program.

Know your body type. A Kenyan may be able to run well and naturally carry 125 pounds on a 6’0 frame. That doesn’t mean that is healthy for most college athletes.

To learn more about nutrition for college athletes you can read this blog from sports nutrition expert Dave Ellis. He’s worked with college and pro athletes for decades and he knows everything there is to know about the proper way for athletes to fuel their bodies.

If you have questions or comments about sports nutrition or athletes and eating disorders please use the comments section below or connect with us on Facebook or Twitter.