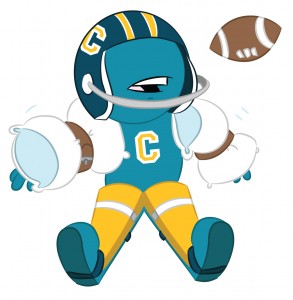 Rule Changes and the Essence of the Game

It’s hard to look at proposed rule changes for college football–especially when those changes are designed to make the game safer–and not embrace them with open arms. But what if those changes compromise the essence of the game?

Limiting the Number of Concussions

A lot of injuries in football are caused by helmet-to-helmet collisions. It’s estimated that just in high school football there are 43,000 to 67,000 players who suffer a concussion every season. And according to a Purdue and Indiana University study published in the Journal of Neurotrauma, the number may be over 100,000 when underreporting is factored in.
The NFL, which is seeing an increasing number of former players diagnosed with memory loss and dementia, has taken action and now the NCAA is following suit.

A Rule Change That Makes Sense

One proving the kickoff to the 35-yard line from the 30-yard line. Also, kicking team players can’t be more than 5 yards back from the 35-yard line, which is intended to limit running starts. This rule was a no-brainer since the NFL instituted a similar rule in 2011 that resulted in 50% fewer concussions. The reason? While 16% of kickoffs were touchbacks in 2010, the number was 44% in 2011.

But does this change recruiting? It does make a kicker who can kick deep balls even more valuable. It may also diminish the impact an outstanding kick returner can have on the game.

Some of the other rules seem relatively inconsequential. One that stands out as plain goofy is the requirement to leave the field for a play if a helmet is lost during a play. While well-intentioned this rule seems ripe for abuse and exploitation.
It is obviously a good development when player safety is a priority of the NCAA. But football is a tough, physical game and injuries can’t just be legislated out of the game.

A Lack of Vision

Perhaps the NCAA should focus on having a credible playoff system for Division 1 football. As detailed in our BCS infographic, the bowl system is a complete mess that serves only to line the pockets of bowl insiders, including athletic directors and a few select coaches. This is what really needs to change in college football.

The Last Stand for Academics?

There may be some changes coming in DIII as well. Many DIII schools see their primary mission as education and there is a growing concern in this community that recruiting is taking over an academic institution’s culture in ways that pervert the purity of the DIII philosophy.

One change that could be on the horizon? It’s possible that recruiting calendars could change to more clearly define work/life boundaries for coaches. This is a direction that at least shows some clear thinking and logic. The NCAA, on the other hand, seems to want to fix things that don’t need fixing instead of dealing with the elephant in the room: the need for a DI football playoff.

If you have questions or comments about these proposed rule changes please use the comments section below or connect with us on Facebook or Twitter.