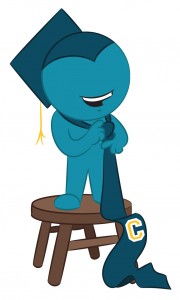 What Could Have Been

Dean Hutchison doesn’t waste too much time thinking about what could have been. He just grabs another ball and kicks it into the sky. Is it really possible the ball is only up there a mere five seconds?

Over two decades ago Hutchison was a former high school tight end from rural Alabama doing a stint in the army. One day he went out to the local college near where he was stationed in California.

“I was bored so I just went out and started kicking. Turns out I was pretty good.”
Some of the football players at the college took notice of Hutchison and his kicking. Eventually a coach came over and asked him if he thought he could kick like that in a game.
“I think so,” said Hutchison.

But that never happened, despite his ability to boom kicks so high you imagine this is what Paul Bunyan would be like as a punter–knocking birds from the sky and starting rainstorms as footballs pierce the clouds.
Dude can kick.

A Different Kind of Commitment

Remember, though, Hutchison had made a commitment to Uncle Sam. He wanted to punt in college, wanted it so bad he could taste it.

He’d grown up a fan of Bear Bryant and the Alabama Crimson Tide. He dreamed of punting in the SEC in front of 100,000 screaming fans.

Hutchison, hat in hand, approached his army supervisor and asked if he could possibly be released from his military commitment to go be a college punter.

“Sure” the supervisor said, “if you want to punt for Army.”

Hutchison thought about it. He really wanted to kick. Heck, maybe they’d even put in a fake punt and he’d get to run the ball occasionally.

In the end he decided he didn’t want to commit to several more years in the army. He had to pass.

“The price was just too high,” said Hutchison, bending down to pick up another football.

It’s over now. Hutchison has three sons playing football. None of them punt.
“I don’t know why–never really thought about it,” he says.

He’s not exactly tilting at windmills, but he continues to punt, every kick screaming louder and louder, “Where did this guy play?”

Hutchison is a happy man, not the type of person to live in the past. He served out his term honorably in the service and lives a quiet life in the suburbs, coaching his sons, living his life and keeping time through his sons’ and daughter’s sports seasons.

The Moral of the Story

If his story is instructive–if there is a lesson to be learned here–it is this: When it comes to sports recruiting the earlier you start, the better.

Football recruiting begins its heavy activity in a player’s junior year. High school players should be scouting out camps they can go to even before that. As Hutchison well knows, if a coach never sees you play in person or on tape he can’t offer you a scholarship.

In a perfect world Hutchison would have attended a camp early in his high school career and had a scholarship offer before he left for home.

Get out early, be seen, close the deal, and get a free education.

If you have questions or comments about the recruiting process please use the comments section below or connect with us on Facebook or Twitter.