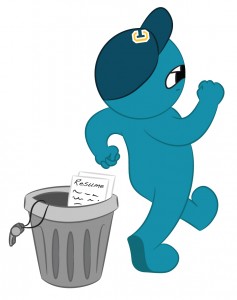 The hiring of Greg Schiano by the Tampa Bay Buccaneers made huge waves in the media over the past few days. For those of you unfamiliar with the story, Schiano, head football coach at Rutger’s University, stepped down a week before national signing day.

At the time of Schiano’s departure, Rutgers was scheduled to have its most successful recruiting class during Schiano’s tenure, which included potential 5 star recruit Darius Hamilton.

What interests me about this situation isn’t necessarily that a coach left a program last minute–we have seen this year after year, most notably with college football. My interest in this story is how these coaches’ last minute decisions affects college football recruiting and, more importantly, the commits these coaches so quickly leave behind.

We have seen time and time again one coach picking up and leaving for a “greener” opportunity while the recruits that committed to that school suddenly become collateral damage. Specific examples come to mind when I think of Lane Kiffin or Brian Kelly, even Todd Graham. These coaches, Schiano, and many others are all guilty of putting commits in similar situations.

The tough part of the situation is the committed student-athlete is suddenly in limbo on their decision while every once-interested coach is bombarding them with phone calls and visit invites, wanting them to change their minds. This is exactly what commits from Rutgers University are experiencing this week and sources are saying it started immediately after news broke about Schiano’s departure. AP Writer Ralph D. Russo touched on the implications of this move in his article, “Schiano’s late departure leaves Rutgers in a bind.”

As a committed recruit, what are your options if you find yourself in this situation?
Relax, there is no reason to add stress to an already stressful situation. If you are a sought
after recruit many coaches around the country will be pulling you in different directions and it’s important to relax and think clearly.

Why Did You Choose That School?

Would you still want to attend that school no matter who was on the coaching staff?
If the coaching staff was a deciding factor for you then think about taking some new visits, but don’t feel pressured or panicked to make a decision right away. You might have to do a little research into the new school or program to see if they have roster room for an athlete of your caliber and if the academic institution would be the right fit for you. You don’t want to enter into a situation where you are looking to transfer after one year.

Don’t Go For it Alone

Talk it out with your family members or those closest to you. Sometimes bouncing your
thoughts and feelings off someone else will help with clarity and allow you to make a better, more sound decision.

Lastly, understand that you have options and, while this process may be extremely inconvenient, these events are rather common in the realm of sports we know today. As a committed athlete there is a good chance, not a guarantee, but there’s a good chance an incoming coach is going to want to sign you just as much as the previous coach did.

If you have questions or comments about coaches leaving during recruiting season please use the comments section below or connect with us on Facebook or Twitter.